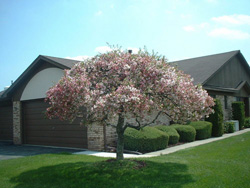 The Charter Township of Clinton, usually referred to as Clinton Township, is a charter township and a census-designated place (CDP) of Macomb County in the U.S. state of Michigan. It is a part of Metro Detroit. As of the 2010 census, the township had a total population of 96,796, and is Michigan’s most populous township. It is also the tenth largest municipality in Michigan.

The township was organized as “Huron Township” on August 12, 1818, named after what was then known as the Huron River. Because of confusion with another Huron River south of Detroit, on July 17, 1824, the Michigan Territorial Legislature renamed both the township and the river after DeWitt Clinton, the popular governor of New York from 1817 to 1823 who was largely responsible for building the Erie Canal which enabled many settlers to come to Michigan.

Moravian Drive is the township’s oldest road dating back to the days when the Moravian Missionaries settled to attempt to convert the local Native Americans. 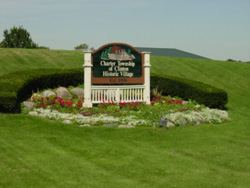 Residents are served by the Clinton-Macomb Public Library Clinton Township is also home of the Walker Goldie Institute. This organization is dedicated to the education of youth through teaching and after school programs. The organization was founded by Kimberly Hyde in 2007.

The U.S. Census Bureau has also defined Clinton Charter Township as a census-designated place (CDP) in the 2000 Census so that the community would appear on the list of places (like cities and villages) as well on the list of county subdivisions (like other townships). The final statistics for the township and the CDP are identical.