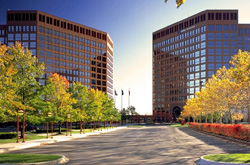 Troy is an affluent city in Oakland County in the state of Michigan, and is a suburb of Detroit. The population was 80,980 at the 2010 census, making it the 11th-largest city in Michigan by population, and the largest city in Oakland County. Troy has become a business and shopping destination in the Metro Detroit area, with numerous office centers and the upscale Somerset Collection mall.

In 2011, Troy was ranked the safest city in Michigan, as well as the 19th safest city in the nation. In 2008, Troy was ranked 22nd on a list of “Best Places to Live” in the United States by CNN Money, using criteria including housing, quality of education, economic strength, and recreational opportunities. In 2008, Troy ranked as the fourth most affordable U.S. city with a median household income of approximately $79,000. 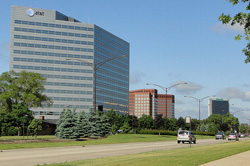 Troy is a thriving center of business, particularly in the automotive and financial sectors, and is home to a number of major companies. Troy has the second highest cumulative property value in Michigan, second only to Detroit. Troy is home to the upscale Somerset Collection mall, featuring a skywalk and over 180 stores, and the Oakland Mall. The Top of Troy is the city’s tallest building with offices of PNC Financial Services. Bank of America maintains a major operations center in Troy.

In 2003, Troy was named Michigan’s Sportstown by Sports Illustrated magazine for having the top community sports programs in the state. Troy is home to the Troy Sports Center, which is the official training facility of the Detroit Red Wings of the NHL. The facility is also used for indoor soccer, hockey, and lacrosse leagues, and is home to the city’s high school hockey teams. 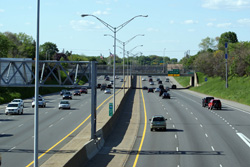 The first land purchases in what became Troy Township were recorded in 1819 in section 19. The first settlement, known as Troy Corners, originated two years later when Johnson Niles purchased 160 acres (65 ha) in what is now the north-central portion of the city. Four years later, Ira Smith built the first house at Big Beaver Corners, and the first public school opened at Troy Corners. Troy Township was organized on May 28, 1827. The City of Troy was incorporated in 1955, mainly as a way to prevent neighboring cities (Clawson, Royal Oak, and Birmingham) from incorporating any more of its land into their cities.

In 1966, I-75 was completed in Troy, which increased access to and from the city. This gave a major boost to Troy’s economy, leading to the development of its civic center, school district, and recreation system.